White fillings, or composite resin fillings, are a great way for people to hide the fact that they ever had a cavity in the first place. Made from a combination of glass and plastic tooth-coloured materials, they are designed for aesthetic dental restorations while also serving to restore natural tooth function and maintain oral hygiene.

Formulated to resemble the natural colour and lustre of existing teeth, making the camouflaged filling undetectable to onlookers.

Made from a 100 per cent metal-free mixture, white fillings contain no potentially harmful mercury and can be shaped to replicate a natural tooth.

Less tooth structure is removed when preparing the filling and it is chemically bonded to the tooth, providing increased support.

Metal is a thermal conductor and patients with black fillings can have a sensitive reaction to hot and cold foods or beverages. Sensitivity is not usually a problem with white fillings. 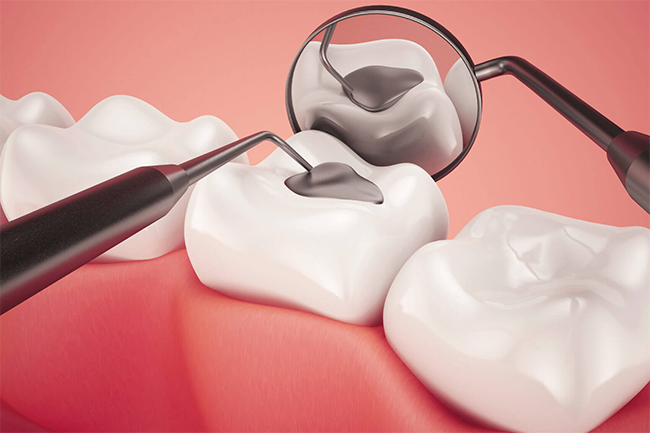 It is little wonder that white tooth fillings are catching on as the modern alternative to amalgam fillings, also known as silver fillings or mercury fillings. The most obvious reason has to be that amalgam fillings look unsightly in the mouth. The dark silver colour of amalgam fillings draw unnecessary attention to the fact that you have had a filling done. Composite fillings, on the other hand, help to restore the natural appearance of the tooth by blending in seamlessly with the rest of the teeth, so no one has to know about your dental history.

Dr. Chapala was the recipient of Jack Sunbye Memorial Scholarship (given for leadership role, academic excellence and volunteering) at University Of Southern California School of Dentistry given by The Members of Zeta Chapter, Omicron Kappa Upsilon, honorary dental fraternity, 2011.